The Fall of the House of Fifa

Where did it all go so wrong for Fifa? In his excellent new book, Guardian journalist David Conn argues that there were two major turning points in the descent into corruption and scandal. The first was 1974, the year that Conn watched his very first World Cup tournament at the age of nine. It was the year of Johann Cruyff and Franz Beckenbauer, but it was also the year that Brazilian João Havelange took over from Englishman Sir Stanley Rous as Fifa President. It spelt the end of conservatism and the beginning of lucrative globalisation.

The second turning point came 36 years later, 2nd December 2010 to be precise. On that day in Zurich, the Fifa executive committee awarded the 2022 World Cup to Qatar. Once this shocking decision and its origins were revealed, the Fifa house of cards began to fall, crook by crook. First Mohamed bin Hammam, Jack Warner and Chuck Blazer in 2011, then João Havelange, Nicolás Leoz and Jeff Webb in 2015 and finally Sepp Blatter and Michel Platini in 2016. Fifa’s dramatic downfall is described in at times overwhelming detail; every date, every figure, every committee report.

When it comes to Fifa’s main characters, Conn paints admirably balanced portraits. This is easier for Rous and Havelange but more difficult for Warner, Blazer and Blatter. ‘Blatter was a master of playing the electorate, and the Fifa system’, one of the interviewees explains. But as the charges build up, Conn grows bolder. Fifa becomes ‘a granite headquarters of delusion and bluster’, where ‘journalists were denounced as liars for writing the truth about a corruption scandal’. Like the rest of us, he is disgusted by the ‘multiple layers of shame…the awful, stinking truths’.

Yet Conn is far from the first writer to investigate the Fifa corruption. So much is already known about the organisation’s endemic culture of bribery, so what does The Fall of the House of Fifa add to the conversation? Firstly, genuine insight. Despite rejections from the likes of Platini, Warner and Webb, Conn’s book includes direct quotes from key figures including Chuck Blazer, Independent Governance Committee Chairman Mark Pieth and, best of all, Sepp Blatter. Other highlights include revealing details about England’s 2018 World Cup bid.

Secondly, Conn’s book explores a couple of very important conflicts within Fifa. The first of these is between Europe and the rest of the world. Blatter and co courted the developing countries for votes but then happily hung them out to dry. Faced with the scandals, Fifa for a long time played up to their victim status, blaming the bribery on football federations from ‘another world, another morality’, notably Africa and the Americas. However, the fall of Blatter and Platini revealed ‘the truth that the corruption of Fifa was secured in Europe, in Zurich, Switzerland’.

The second conflict is between the football chiefs and football people. The book draws attention to the lavish lifestyles of Fifa’s executive committee members, ‘the whole shameless, excessive, different planet these football chiefs inhabited and helped themselves to, from exploiting the people’s game’. Conn has contempt for these greedy businessmen. But he is most disappointed about Platini and Beckenbauer, the heroes of the game, the men who are supposed to be football people like us.

I find that there’s a certain image that comes to my mind when someone says ‘male sports writer’. So it was a real treat to meet Seth Burkett, the young, energetic and ambitious writer behind The Boy in Brazil, Developing The Modern Footballer Through Futsal and Football’s Coming Home. 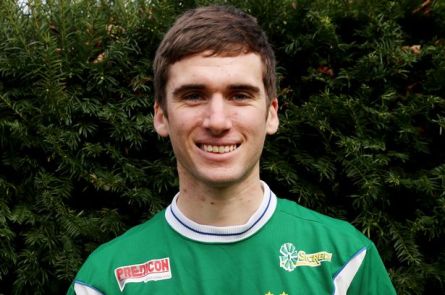 1. Let’s start with your first literary project, the book you wrote with your grandmother.

Yes, my Gran [Molly Burkett] is a children’s author and she’s had over 100 books published. Ever since I could talk, she’s been trying to get me to write stories. When I was 16 in Year 11 at school, she said, ‘Right, Seth, you need to become a writer! I’m working on a book and you can edit it, and then we’ll put your name on the front cover.’ I hardly did anything; I think I maybe wrote one paragraph! But I got my name on the front cover.

My Gran keeps telling me, ‘No-one reads about football – you need to write for kids!’ I’m glad at least some people do, but I’m trying to make her happy by re-writing her most well-known book at the moment for a modern audience. It’s about badgers. I don’t have a clue about badgers!

2. Next, aged 18, you spent a year in Brazil playing for Sorriso EC. At what stage did you think about turning your experiences into the book, The Boy in Brazil?

From my Gran’s influence, I always wanted to write a book. In Brazil, I had a lot of down-time. After training, I had whole evenings and no-one spoke English. I could entertain them with swearing for an hour but there were lots more hours after that! So I kept a diary to pass the time. When I got back from Brazil, I wrote it up and sent it off to all the publishers and got rejections from everyone.

Then in my second year at University, I broke my leg. I was gutted for a few months but then I decided that it was a good chance to rewrite the book and try to get it published. Again, no luck, but I tried again at the end of my third year and eventually, I got to the stage where I got quite a few offers. I sent it to Ian [Ridley, sports journalist and publisher at Floodlit Dreams] and he rang me back the next day and said that he really liked it. As soon as he was interested, there was no-one else for me. To have that guidance from someone with his ability and experience was invaluable. He was great at getting the book published in time for the 2014 World Cup.

To be honest, I don’t really like looking back now. When I read through it, I just see so many things that I could have improved. But people like it and it’s had good reviews. 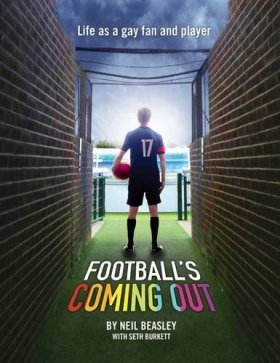 3. How did you then get involved in Football’s Coming Out with Neil Beasley?

I actually did another book in between called Developing the Modern Footballer through Futsal with my old coach at Loughborough who is the England futsal manager. And then Ian was aware that I wanted to keep on writing more books. Neil actually approached me on Twitter beforehand for some advice on writing the proposal. I gave him a few pointers and then about a month later, Ian messaged me and asked if I wanted to help.

I met with Neil in Loughborough and he was a charismatic guy with really interesting opinions and we went from there. It was a longer process than my other books, as I imagine all ghost-writing always is. But in the end, I think we did a good job on it. To be longlisted for the William Hill was absolutely crazy for me. It was something that we never expected.

The answer is I don’t know. I appeared in a film recently [The Bromley Boys]! Stuff like that comes up, so I don’t really like to plan. I think if I keep saying yes and making these connections with people, interesting stuff will come up. I’d like to work on more ghost-writing projects. I’ve got a few projects on the go at the moment and if I’m lucky, one of those will get published. If I’m really lucky, two or three of those will get published. I enjoy writing and I hope I can keep on writing.