We are Sunday League: A Bittersweet, Real-Life Story from Football’s Grass Roots

With Sunday League numbers dwindling year after year, it’s a good time for a reminder of the gruelling glory of amateur football. Sure, there are the injuries, the insults, the wet weekends, the panics of last-minute pull-outs, but it’s all worth it when you win that grudge match, that cup final, that league title. Right?

We Are Sunday League puts forward a strong case. North Londoner Ewan Flynn founded ‘The Wizards’ with school friends and roped in a rolling cast of extras over the years. In true Roy of the Rovers style, they battled all the way to the Edmonton Sunday League title. With a nice balance of charm, heart and humour, Flynn charts the team’s magnificent adventure, through hangovers, sloping pitches and angry opponents.

So far, so good, but pretty familiar. It’s the personal stories of Flynn’s teammates that make We Are Sunday League so engaging. The nearly-made-it midfielder now playing for fun, the winger desperate to make his sport-mad father proud, the goalkeeper who briefly lived his professional football dream and then returned. Amateur football is all about the characters. Who wouldn’t want to read about the captain of Gibraltar and the Tottenham fan who stole Tim Sherwood’s gilet?

Preston North End – The Rise of the Invincibles

The football fates haven’t been particularly kind to Preston North End. The 1888-89 Football League Division One and FA Cup double winners are yet to feature in the modern Premier League. In fact, during the 2011-12 season, PNE were in danger of dropping down into the fourth tier of English football. Their fortunes have improved since then but many football fans, especially outside of the North West, will have little idea of the club’s prestigious past.

Which is where Preston North End – The Rise of The Invincibles comes into this. Local author Michael Barrett has teamed up with Roy of the Rovers illustrator David Que to produce a beautiful graphic history of the successful early days of North End. The 152 full-colour pages offer an accessible and informative look at the founding years of Preston, but also English association football as a whole. So you can leave your club allegiances behind on the first page.

For a comic book, The Invincibles feels a little narrative-heavy and dialogue-light, but there is little else to fault in this charming history. Delivered with helpings of humour, intrigue, heroes and happy endings, the amazing rise of Preston North End is recommended reading for football fans young and old. 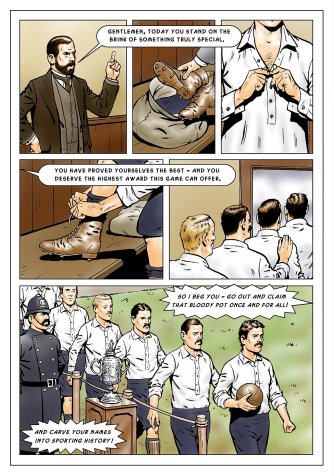 No Hunger in Paradise: The Players. The Journey. The Dream.

When it comes to youth football, Michael Calvin is worried and frustrated. Pushy parents, ego-driven coaches, money-driven agents, data-driven academies, the Premier League promoting inequality through its Elite Player Performance Plan – it’s an ugly, vicious world. ‘England, it seems, remains a province of closed minds and short attention spans’, he states before describing ‘a system suffocating on stardust and sycophancy’. No Hunger in Paradise is the most political and personal of Calvin’s brilliant football trilogy, but he’s far from alone in his thoughts.

To prove it, he has assembled another all-star cast, from a grassroots organisation at Brixton Recreation Centre to the Head of Performance at Manchester City’s £200million academy to England manager Gareth Southgate. No Hunger in Paradise contains the depth and breadth of insight that you’d expect from Calvin’s work. And his passion for the subject never gets in the way of the words of his interviewees. The 19 case studies could perhaps be reduced to 15 but there would be some difficult decisions to make. The cautionary tales of Zak Brunt and Kieran Bywater are fascinating, but so are the success stories of England Under-21 internationals James Ward-Prowse and Duncan Watmore.

‘Growth mindset’ and ‘personal development’ may just sound like today’s buzz phrases but the book makes their importance abundantly clear. The coach’s role is a delicate balancing act. Young players must first learn to enjoy the game in an encouraging, pressure-free environment, long before they become an ‘asset value’. Patience and safeguarding are required to nurture character. The kids need life skills as well as football skills; they need to be prepared for Plan B. As Crawley Town manager Dermot Drummy asserts, ‘The best coach is a community worker, whose best interests are kids’.

But at a certain stage, players must also learn to cope with fame and pressure, rejection and criticism. With ‘Generation Snowflake’ playing on pristine pitches and hiding behind merchandise and social media, Doncaster Rovers Lead Youth Development Phase Coach Tony Mee asks, ‘at what point are we allowed to make kids uncomfortable?’ The resilience to play first-team Premier League football can only be developed through tough, real-game experience. In a world where only 0.012% reach the top, we mustn’t over-indulge. As he prepares for the 2018 World Cup and beyond, Southgate agrees that England’s current young players are not ‘battle-hardened’.

So what next? The cast of No Hunger in Paradise reach consensus on several potential improvements: players shouldn’t be allowed to join academies at the age of 7; players should be encouraged to stay at their local clubs; youth salaries should be capped; youngsters need better support networks, and agents should be fined heavily for ‘selling the dream’ to vulnerable children. Changes won’t happen overnight but this book opens up the discussion.

No Hunger in Paradise has the most universal appeal of all of Calvin’s work. An interest in football helps but so does an interest in young lives. This is a culturally significant book, a considered look at a moral and emotional minefield. Glory, rejection, money, self-interest, success, failure; only the level-headed will survive. Middlesbrough’s Academy Director Dave Parnaby sums it up perfectly: ‘great game, shit industry’.

No Hunger In Paradise: The Players. The Journey. The Dream by Michael Calvin (Century)

Hopefully, this book needs little introduction. Anyone who has read Calvin’s previous, award-winning books The Nowhere Men and Living on the Volcano will be waiting impatiently for this final part of the trilogy. The focus this time is on the players, and their tightrope walk to the top of professional football. Essential reading. 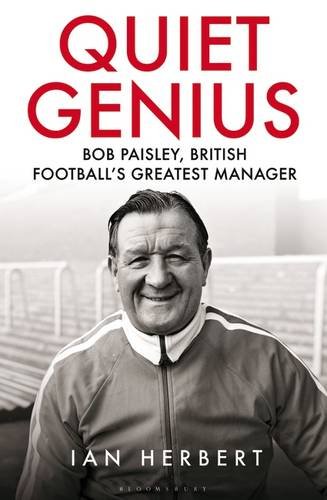 Herbert, the Independent’s Chief Sportswriter, started out writing for the Liverpool Daily Post. So he’s well-placed to write a detailed new biography of the club’s most successful manager, Bob Paisley. 30 years after Paisley’s death, Herbert is here to tell the story of a modest man.

The Mixer by Michael Cox (HarperSport) 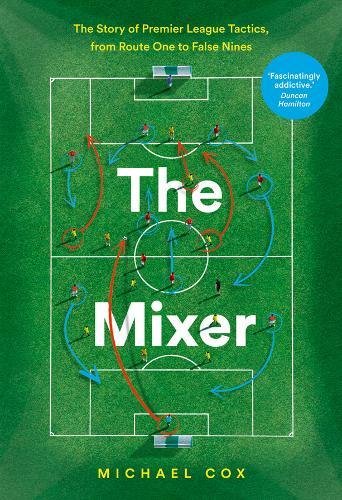 It’s great to see this first book from the editor of Zonal Marking and regular Guardian Football Weekly pundit. Cox has chosen to focus his tactical genius on the 25 years of the Premier League. A wise move indeed, rather like Guardiola’s False Nine. 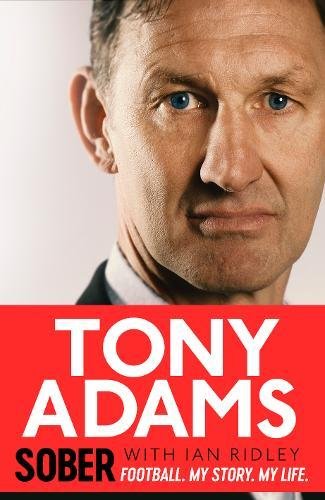 Addicted remains one of the best and most influential football autobiographies ever written. Nearly 20 years later, Adams has teamed up with Ian Ridley again for the sequel. Topics under discussion include Arsene Wenger’s Arsenal reign, England and his charity, Sporting Chance. 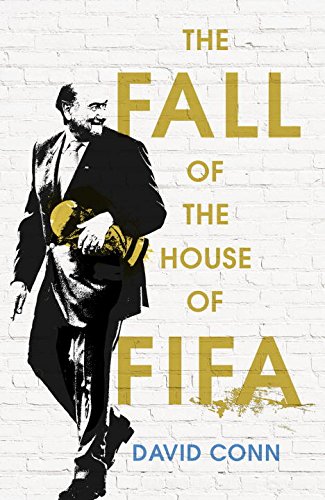 Conn is one of football’s best-loved writers and he loves a juicy story to sink his teeth into. Fifa’s recent rise and fall provides the perfect subject matter. If the title and cover of this book aren’t enough to pique your interest, I really can’t help you.

Maths doesn’t have to be boring and pointless. Instead, it can teach us fun and fascinating things, even about football. Especially about football, according to applied mathematician David Sumpter. Whether you’re a player, a coach or a fan (or all of the above), you’ll never look at statistics, tactics and analytics in the same way again. The Pro Edition paperback has updated content and a great new cover.

As Bayern Munich’s recent demolition of Arsenal showed, Ancelotti is still a manager at the very top of his game. Quiet Leadership combines Carlo’s own stories with the reflections of many of the biggest names in football including Cristiano Ronaldo, Paolo Maldini and Sir Alex Ferguson. Like Sir Alex’s Leading, this is a book with a massive dual market: sports fans and business people.

Mister: The Men Who Taught The World How To Beat England At Their Own Game by Rory Smith

The British invented football in the 19th century and messengers spread the word to other nations around the world, who quickly became better at the sport than us. It’s a familiar story but no-one has written about those first football pioneers with as much style, craft and detail as New York Times Chief Soccer Correspondent Rory Smith. A new cover for the paperback would have been nice but Mister is a highly-recommended read. 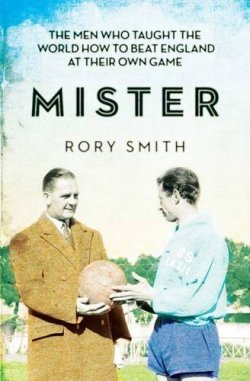 Ring of Fire: Liverpool into the 21st Century: The Players’ Stories by Simon Hughes

First Red Machine looked at the 80s, then Men in White Suits looked at the 90s and now Ring of Fire looks at Liverpool in the 2000s. Simon Hughes’ journalism is exceptional, bringing together insightful stories from Steven Gerrard, Xabi Alonso, Gérard Houllier and many more. You don’t have to be a Liverpool fan to enjoy this book but it certainly helps. 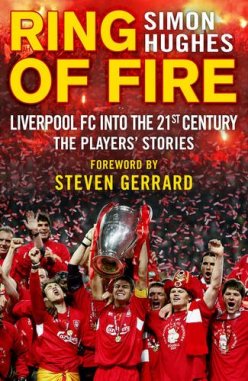 This was my favourite football book of 2016 and one of the William Hill Sports Books of the Year. Forever Young is a surprising, enthralling and emotional tale about talent, ambition, disappointment and personality. Trust me – Manchester United’s Adrian Doherty will soon be your new favourite player. In a world of agent-controlled Twitter accounts and bland player interviews, this is a real breath of fresh air.

And The Sun Shines Now: How Hillsborough and the Premier League Changed Britain by Adrian Tempany

This hugely significant book explores the sporting and political environment that led up to the Hillsborough Disaster in April 1989, as well as the aftermath and the ground-breaking rise of Premier League football. Above all, it’s a book about the fans and how gentrification and commercialisation has affected their experience of football. The new paperback cover is fantastic and should help to bring And The Sun Shines Now to an even bigger audience. 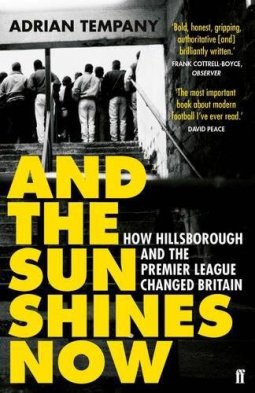