If, like Mark Zuckerberg, you’ve made New Year’s reading resolutions, here’s a list of some football books to get the ball rolling. Something tells me this isn’t exactly the genre that the Facebook founder had in mind, but never mind…

Soccer in the USA

With Gerrard and Lampard soon to join the illustrious likes of Nigel Reo-Coker and Bradley Wright-Phillips across the pond, it seems an opportune time to do your homework. And it’s very handy that there’s plenty of great literature on the subject. For a brilliantly entertaining look at the MLS’ eccentric predecessor, the NASL, try Ian Plenderleith’s Rock n Roll Soccer (Icon Books). For a Nick Hornby-inspired chronicle of America’s changing views on soccer over the last 30 years, The Soccer Diaries by Michael J. Agovino (Nebraska Press) is the book to read.

If The Miracle of Castel Di Sangro is more your cup of tea, Nathan Nipper’s Dallas ‘Til I Cry: Learning to Love Major League Soccer is a fun, heart-warming look at ‘soccer’ fandom. And finally, if you’re more of an (auto)biography reader, I’d recommend The Keeper by Everton goalkeeper Tim Howard (Harper Collins). So something for everyone there, from the land of plenty. 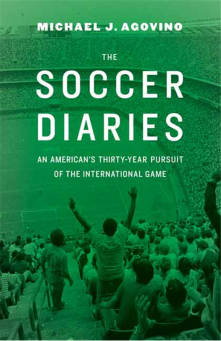 Football in the UK

Not to outdone by our friends across the Atlantic, British football also has a lot to offer this year for its literary fans. David Goldblatt’s The Game of our Lives (Penguin) is a must-read for anyone with an interest in the sport’s sociological aspects, while the excellent Up There by Michael Walker (DeCoubertin Books) does for the North East of England what Promised Land did for Leeds, sewing together football and social history in an absorbing tapestry.

Racism remains a fundamental issue in the British game and there are two books to the read on the subject: Up There by Emy Onuora (Biteback) and The Three Degrees by Paul Rees (Constable). The former is a full history of Black British Footballers, while the latter focuses in on the pioneering trio at West Brom in the late 1970s: Cyrille Regis, Laurie Cunningham and Brendon Batson.

Great news: this year one of our best football magazines is branching out into books. The introductory double-whammy is Iain MacIntosh’s hilarious novel Johnny Cook: The Impossible Job and Dominic Bliss’ Erbstein: The Triumph and Tragedy, a brilliant look at Il Grande Torino and their mercurial manager. Not that the magazine should be forgotten in this; Issue Fifteen is another cracker.