1. Living on the Volcano: The Secrets of Surviving as a Football Manager by Michael Calvin (out now)

A new Calvin book is always a treat worth waiting for, and Living on the Volcano is no exception. Football management is his biggest and toughest topic yet, but Calvin maintains that high level of range and insight that we’ve come to expect from him. For my full review, visit http://wp.me/p5bRPr-9v

2. Das Reboot: : How German Football Reinvented Itself and Conquered the World by Raphael Honigstein (out 3rd September)

Since that 5-1 defeat to England that we’ll never let them forget, Germany have rebuilt themselves as world beaters at both club and international level. Every revolution must have its historian; over the last decade or so, Guardian and Blizzard writer Honigstein has emerged as the go-to man for all things Fußball. Great title, great jacket; this promises to be an excellent look at modern football’s biggest rebirth. 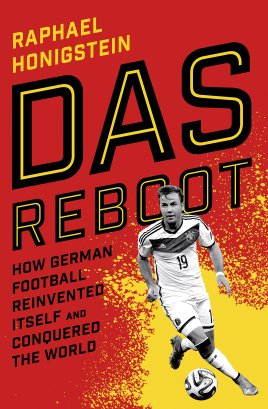 3. A Season in the Red: Managing Man Utd in the Shadow of Sir Alex Ferguson (out 20th August)

Have there ever been bigger boots to fill? Moyes taking over from Fergie at Old Trafford was a nice narrative that most people wanted to see work out. Sadly, it didn’t, for a variety of reasons. Ever wondered what went on behind the scenes during that turbulent 2013-14 season at Old Trafford? Guardian journalist Jamie Jackson is the man to tell you.

4. Diego Costa: The Art of War by Fran Guillén (out now)

After a poor start to the season, Chelsea need their star striker back to his fearsome best; all power, speed and goals. While Costa works his way back to full fitness, read up on his fascinating journey to becoming one of the best players in the world and toughest opponents. For my full review, visit http://wp.me/p5bRPr-9F

With billionaire owners now fixing the football hierarchy for years to come, we have to treasure the old stories of unexpected success. We’ve all heard about Newcastle’s 1995-96 season – Asprilla, Ginola, attacking football, goals galore and Keegan’s fate-tempting speech – but this promises to be the definitive account of those entertaining times on the Tyne.

6. Autumn sees a number of autobiographies battling it out for that final spot: Steven Gerrard’s My Story, Sir Alex Ferguson’s Leading, Jose Mourinho’s Mourinho, Sam Allardyce’s Big Sam. It’s probably best not to expect too much from these.